The Lecce's marina, pearl of Salento between green pinewoods and crystal-clear sea 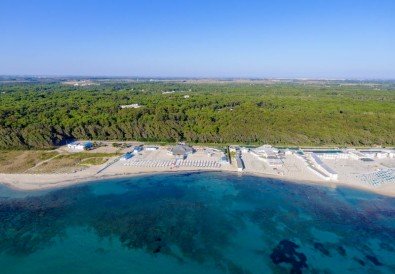 A few steps away from the sea, surrounded by a flourishing 8-hectar pinewood, the Campoverde Residence is the ideal choice for families and for those who love to stay in close contact with nature. 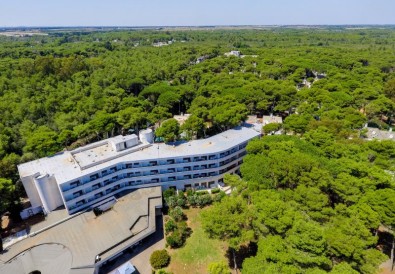 A few steps away from the sea, surrounded by a flourishing 8-hectar pinewood, the Campoverde Village is the ideal choice for families and for those who love to stay in close contact with nature.

San Cataldo is a beach locality on the Adriatic sea, in the province of Lecce. It has an important past: during the roman age, it hosted an important harbour dedicated to the emperor Adriano where Ottaviano landed after learning about Cesare's death. After this harbour fell into disuse, San Cataldo became a swamp. During the fascist regime the Opera Nazionale Combattenti reclaimed this land.

San Cataldo is an enchanting destination for those who want to spend their holiday by the sea enjoying its sun, landscapes and excellent traditional gastronomy. Its marina, surrounded by mediterranean-scrub pinewoods, offers many activities: windsurfing, kitesurfing and sailing. South of San Cataldo there is the natural oasis Le Cesine, controlled by the WWF: it is the most important humid area of Salento, populated by many species of migratory birds, fishes and amphibious animals and full of woods and mediterranean scrub. Its dune is completely uncontaminated and hosts many rare vegetable species.

In the harbour of San Cataldo it is possible to rent boats to explore the enchanting adriatic coast. San Cataldo is the ideal destination for those who want to spend a holiday by the sea but at the same time want to enjoy its traditions, culture, art and the nightlife of Lecce, only 10 km far from San Cataldo.