The Hotel Club La Pace extends for 70.000 square meters. It has a panoramic view on the Gulf of Lamezia and the Isole Eolie. It has a central building where the lobby and the rooms are located, and a series of lined-up blocks of flats with the restaurant, the breakfast room and the two-room apartments. The rooms are for 2-3 persons, while the two-room apartments are for 3-6 persons and they all have air conditioning, bathroom with bathtub or shower (some of them without a bidet), hair dryer, telephone, minibar and TV; in some rooms, it is possible to activate the kitchen area. This facility offers free Wi-Fi connection in the lobby and by the pool, elevator, restaurant, pizzeria, bar that also sells newspapers on request, snack bar on the beach, TV room, solarium terrace, minimarket, playground for children, entertaining service with games, tournaments, shows and cabaret, internal non-supervised car park, fitness club.
From the Village, it is possible to reach the beach through a 2.800-meter long private path thanks to the free shuttle service available from 8:30 to 19:00 that will take you to the beautiful private beach club with sand and pebbles, or to Tropea. 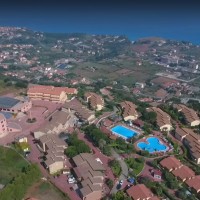 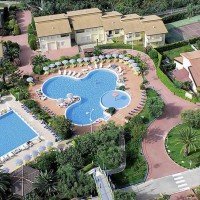 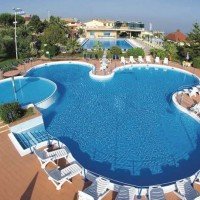 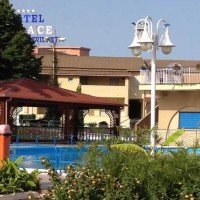 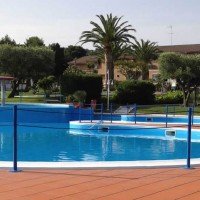 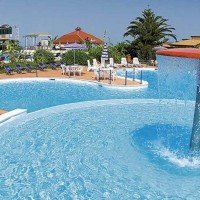 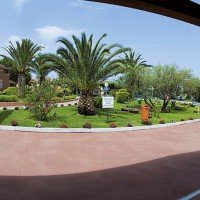 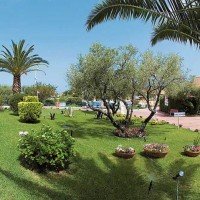 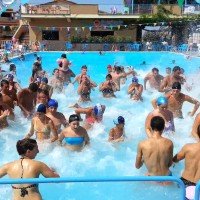 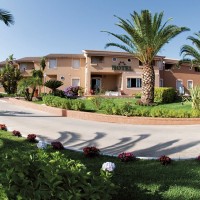 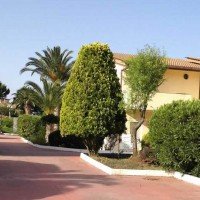 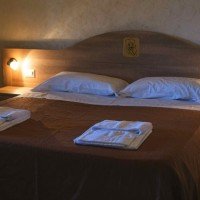 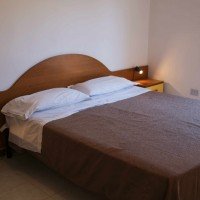 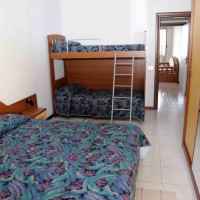 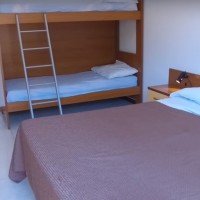 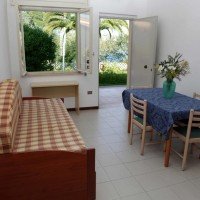 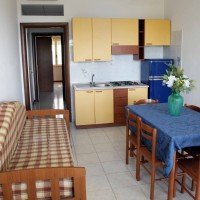 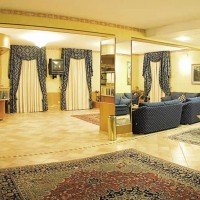 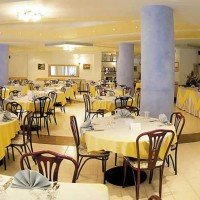 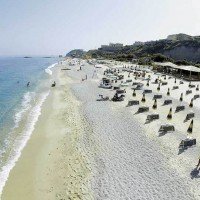 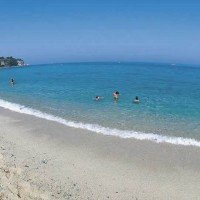 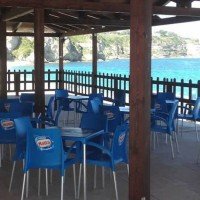 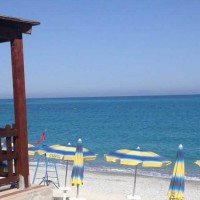 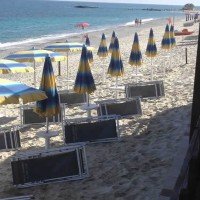 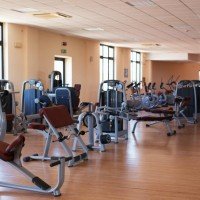 Locality
Tropea is the most important city in the Capo Vaticano area and it is located in the middle-western part of the province of Vibo Valentia, on the Tyrrhenian coast, between the Gulf of Sant'Eufenia and Gioia Tauro, at the base of the Mount Poro. The upper part of the city is the residential area, the lower part is the "Marina", near the harbour. An ancient legend narrates that Tropea was founded by Hercules, who stopped on the Costa degli Dei while coming back from Spain. It has been inhabited since the Bronze age, as many findings (such as greek tombs) show. The territory was then conquered by the Romans, who built a commercial harbour in Formicoli, near Santa Domenica. Thanks to its strategic location overlooking the sea, Tropea was an extremely important city both during the roman age and the byzantine age. Its economy is tightly tied to agriculture and in particular to the famous "red onion of Tropea", then to trade and tourism. Tropea is also  well known for its beaches: in fact, it is also called the "Saint Tropez del Sud" (the southern Saint Tropez).

Places to know and visit
One good reason to visit Tropea is surely its sea: the beaches have white sand and crystal-clear water. The most beautiful beaches are: Litorale del Cannone, suitable for those who love quiet places; the suggestive Arenile della Rotonda, surrounded by rocks and a few steps away from the historical center; the Spiaggia Marina dell'Isola, a little free beach 1 km far from the city center and perfect for scuba divers thanks to its wonderful bottom; the Spiaggia L'Occhiale, a group of small romantic caves.

The blue cave, which owes its name to the trick of the light reflected on the rocks and the water.

The beach 'a Linguata and the beach of the Convent: the first one is popular among scuba divers and young people; the second one, located under a convent, is not suitable for those who can't swim. The rocks that divide these two beaches are called "Missaggi", like the main characters of the legend about the memory-less naked giant who appeard after a storm and died half an hour later.

Folklore: in July there is the Blue Fish festival and the Red Onion Festival, two events dedicated to the most excellent typical products; the 15th August is the day of the Madonna dell'Isola and there is a ceremony with a procession; the 3rd May is the day of the Tre Cruci, a pagan celebration with the "ballo del cammello", performances that narrate the story of Tropea and fireworks.

The historical center of Tropea will leave you breathless for its romantic atmosphere that will take you back in time. Among the most appreciated attractions there are the noble castles dated back to 1700 and 1800, built on a majestic cliff. In the heart of the city, Piazza Ercole, there are eighteenth-century buildings that belonged to nobles, a monument to the philosopher Pasquale Galluppi and the old clock on the facade of an ancient building.

Palazzo Toraldo. This palace was born as a fort, now there is a prestigious archeological collection inside. Then there is Villa Braghò, one of the patrician houses of the island, the "balconi di Tropea" or "belvedere" (panoramic viewpoint): Affaccio Largo Migliarese, Affaccio Largo Galluppi, Belvedere Rico Ripa, Largo Duomo and Largo Villetta or del Cannone.

The Church of Tropea, built with Norman style in the fourth century and restored in the twelfth century. Outside, there is the portico with statues of San Pietro and San Paolo, Santa Chiara, San Francesco and the Madonna delle Grazie; inside, there are many pieces of art like paintings, sepulchres, wooden and silver statues. Santa Maria della Neve (1500), according to the legend, was built by a merchant who was looking for shelter from a storm and promised Santa Maria that in exchange for his rescue he would have built the church; there are the wooden statues of San Gioacchino and Sant'Anna at the entrance and some important paintings inside. Then there is the church of Santa Maria dell'Isola, symbol of Tropea (370), with its courtyard and the Sacra Famiglia (1700) on the altar.

Surcharge services
Pediatrician on request during the clinic hours.
Individual use of tennis courts and five-a-side football fields during the evening.
Medical service on appointment in preset hours.
Paddle boat and canoe rental.

Reductions
Free for 2-16 years (meals are not included and must be paid on the spot).
-50% fifth and sixth bed in two-room apartment (bunk bed).
Free cradle for babies 0-2 years, meals included.

Notes
Possible reductions and additional costs might be subject to variation and they will appear on the "Book" page.