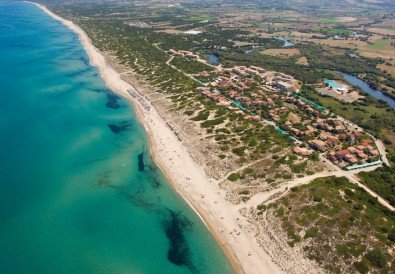 The Futura Style Baia Mimose is located in an enchanting wildlife oasis in proximity of the beach of the mimosa, one of the most beautiful beaches in Sardinia, and is perfect for those who want an all ... 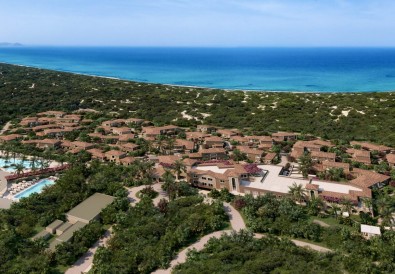 It rises in Badesi, in the North West of Sardinia on the sea near Gallura.

On the border between Anglona and Gallura, the small municipality of Badesi has rather recent origins. This area began to be inhabited during the eighteenth century when a family of shepherds established there and then the urban centre started to develop. On the hills that surround Badesi there are four hamlets. The parish church of Badesi, in the heart of the town, is dedicated to the Sacro Cuore and was built at the beginning of 1900. The beaches of the coastal area (Badesi Mare) are breathtakingly beautiful.

A wide white beach extends for many kilometres and is crossed by the mouth of the Coghinas river, one of the most important rivers in Sardinia. The fine-sand dunes are covered in junipers and, on the horizon, the island of Asinara can be seen. Thanks to its exposure to the northwest wind, this coast is the perfect destination for the windsurfing lovers. The coast of Badesi was recently recognized as "site of common interest" for its rich flora and fauna, especially local and migratory birds that build their nests among the canebrakes that grow along the Coghinas river and the fluvial islets. The rest of the territory is covered in flourishing vegetation and sandy plains full of vineyards where the famous and multi-awarded "Vermentino di Gallura" wine (DOCG) is produced. In May, the Magrini Trophy is organized, an international competition of fishing by the shore. From the 3rd to the 5th June, the Sacro Cuore is celebrated with a festival.

During the summer, Badesi comes to life with the many festivals and events organized. The most famous events are the summer Carnival of Badesi with the parade of floats on the night of the 13th august, and the Gastronomic festival on the 8th august with tasting of typical dishes and local specialties. In 2016, Badesi was awarded by the Foundation for Environmental Education with a "bandiera blu" for the beach of Li Junchi.