The Hotel Club Guardacosta is located in the heart of Cirella, a little wonderful village on the Tyrrhenian sea, near Cosenza, 4 km far from Diamante (city of graffiti and chili pepper). Surrounded by olive trees and pines, the hotel overlooks the crystal-clear water of the Riviera dei Cedri, full of wide beaches and breathtaking cliffs. It consists of a central building that includes part of the rooms, the restaurant and the lobby, and 20 nice chalets that host just as many rooms. It is located directly on the sea, reachable following a path through the pinewood. The private beach, with sand and pebbles, has a modern beach club, bar and restaurant. The Hotel has a free Wi-Fi point in the lobby and by the pool, lobby, elevator, wide terrace, restaurant, bar, snack bar on the beach, TV room, equipped solarium terrace (subject to availability), playground for children, big pool with an area dedicated to children, daily entertaining service with games, tournaments and piano bar during the evening, miniclub, beach service, beach volley, tennis, indoor non-supervised car park. The city center of Cirella, less then 100 meters far from the hotel, offers any kind of shops and services. 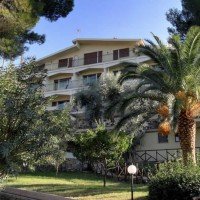 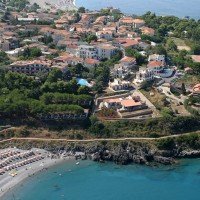 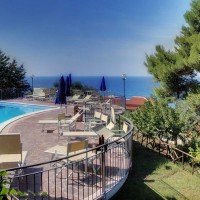 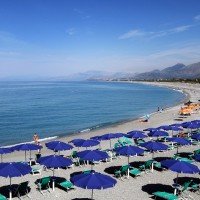 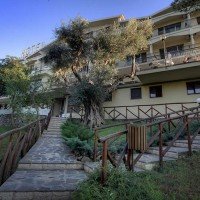 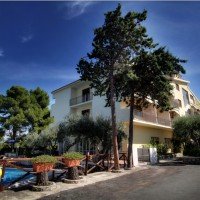 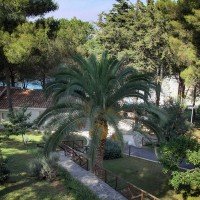 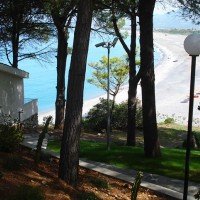 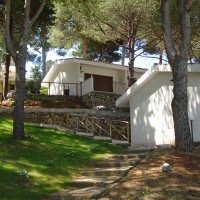 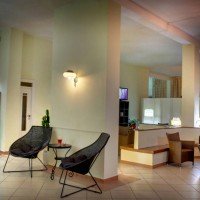 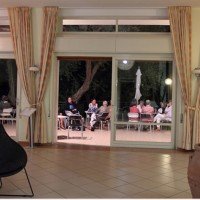 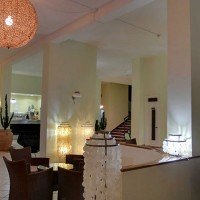 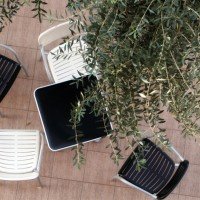 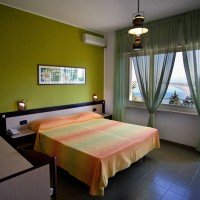 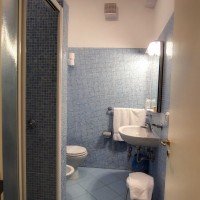 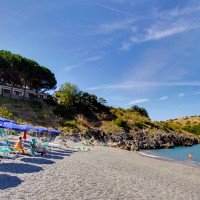 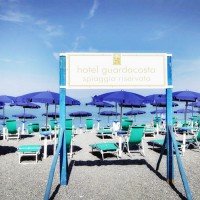 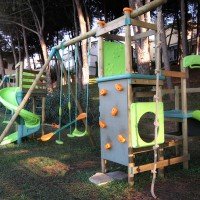 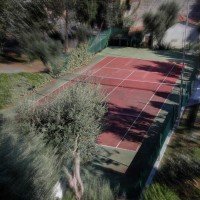 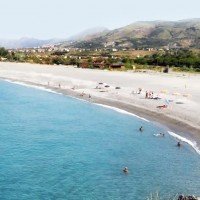 Locality
Cirella is the only district of Diamante, in the province of Cosenza. It was independent until 1808, when it was united to Maierà, but in 1876 it permanently became part of Diamante. Cirella is located on the state highway 18, between Grisolia Lido ad Diamante. Right in front of the city center there is the island of Cirella, one of the few Calabrian islands together with the nearby island of Dino. Cirella was an important harbour for "Magna Grecia" and Rome, as the many archeological findings testify. Its history is full of destruction and foreign invasions: Hannibal's army during the wars of Cartagine, the Saracens during their raids, the French at the beginning of the nineteenth century. Cirella is the favourite summer destination of many tourists because of its flourishing Mediterranean scrub. Numerous archeological evidences have been found on the bottom of the sea that surrounds the island which is characterized by the presence of posidonia, a seaweed that almost completely covers some parts of the bottom.

Places to know and visit
Cirella Vecchia (Old Cirella). The ruins, located 172 meters on the sea level, are what remains of the old center of Cirella, established around 850 and 1000 A.D. and left uninhabited in 1808, when its parson Francesco De Patto left the hill and "came down, with all the sacred decors, to his second church of Santa Maria dei Fiori, in the new Cirella on the harbour" (from a testimony by Cesare Consiglio, parson of Cirella from 1892 to 1917).

The Teatro dei Ruderi. This theater is a recently-built suggestive and beautiful building located between the ruins of the Old Cirellla and the Monastery of the Minimi. During the summer, high-quality theatrical and musical shows are organized inside the theater.

The Convent of San Francesco di Paola, built in 1545, and the church of the Madonna delle Grazie were left permanently uninhabited by the Franciscan monks in 1810, right after the promulgation of the Napoleonic law that confiscated all the clerical goods and suppressed the religious orders.

Roman mausoleum. A monumental tomb dated back to the imperial age, probably built around the second/third century A.D.

Prehistoric findings. Cirella was inhabited since the prehistory; the archeological site in the cave of the "Scogli di San Giovanni" brought to life many fossils that prove that prehistoric tribes inhabited the place. The doctor Domenico Topa, who worked for the Sovrintendenza delle Antichità, was the one in charge of the excavations between 1931 and 1932.

The Church of Santa Maria dei Fiori. There are no certain data on the origin of this church. The first evidence of its presence on the coast is dated back to 1617; moreover, the inscription on the main gate is the most tangible proof of its existence in 1637. There are many things to see: the roman pillars inside and outside the church, the sepulchres of the duke Catalano-Gonzaga and the duchess Novellis di Belvedere, holy-water fonts in local stone, corinthian capitels, the gate built with tuff in 1637, frescos of the fifteenth and sixteenth century detached from the Church of San Nicola Magno di Cirella Vecchia and the Monastery of the Minimi, the wooden statue of the Madonna dei Fiori probably prior to the seventeenth century and completely restored in 1996.

Palazzo Ducale. Built in 1753 by the Catalano-Gonzaga family, it was recently restored and turned into a hotel. In the yard, that can be reached walking through a wonderful gate, there are the bare-stone staircase and the remainings of a majestic doric-ionic pillar.

Napoleonic fort. The Napoleonic soldiers occupied Cirella in 1806 and built the fort, a strategic system to protect the crucial points of the coast.

Remainings of Villa Romana. Recent archeological excavations brought to light the remainings of the surrounding walls of an ancient roman villa.

Torre dell'Isola. The tower on the Island of Cirella, built between the second half of 1500 and the first half of 1600, was one of many forts built on the coast to protect the territory from the turkish invasions. Giovan Battista Sapio, in 1615, described the tower: "Currently on that island there is a big Torre Regia with heavy artillery and many men to control the sea day and night".

Club card
Mandatory card for clients older than 3 years, it includes: beach club (1 umbrella, 1 sunbed, 1 beach chair for each apartment; non reserved), daily entertaining with games, tournaments, aerobics, water aerobics, live music, use of the tennis court during the day, use of the pool, miniclub for children older than 3 years with games, snack parties and weekly shows.

Restaurant
Buffet service for breakfast with hot and cold drinks from the dispensers; waiter service at lunch and dinner and buffet service with side dishes and vegetables. Unlimited water and wine in carafes.

Notes
Possible reductions and additional costs might be subject to variation and they will appear on the "Book" page.