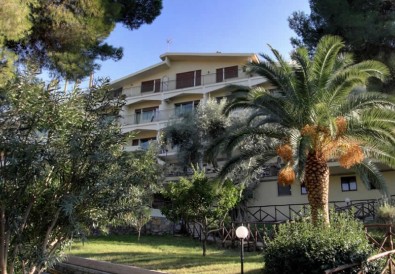 The hotel is located directly on the sea, in the heart of Cirella, a small and charming village on the high-tyrrhenian coast, only 4 km far from Diamante (city of graffiti and chili pepper). Surrounde ... 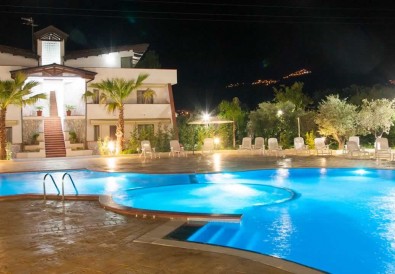 The Hotel Club Dominicus rises in the heart of the Riviera dei Cedri, one of the most suggestive areas of Calabria characterized by long sandy beaches. It is only 50 meters far from the beach with ... 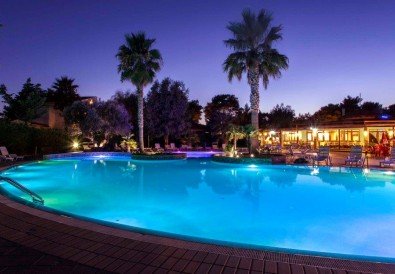 The Villaggio Club Holiday Beach, surrounded by greenery, offers its guests a relaxing familiar environment with all the comfort and services of a tourist village thanks to its Club Formula.

Cirella is a small town in the "Riviera dei Cedri", only fraction ogf the municipality of Diamante, Calabria. The beauty of its marine and hilly landscape, its wide beaches, the island of Cirella (the only island of Calabria together with the island of Dino), its mild climate and the hospitality of its inhabitants make Cirella the favourite destination of many italian and foreign tourists. Here is located one of the two islands of Calabria: the island of Cirella, part of the natural reserve of the Marine Regional Park Riviera dei Cedri. Those who decide to spend their holidays in Cirella will enjoy its sea and sun but also many itineraries and activities such as rafting on the Lao river, excursions in the hinterland and on the coast, horseback riding in the Park of the Pollino.

Cirella is an ancient medieval hamlet that has the typical structure of the byzantine/norman centers of the high-tyrrhenian sea (like Scalea and Amantea). It was a rich colony of "Magna Grecia" but the inhabited center on the mountain was born around the ninth century, when the saracenic invasions led the people to seek refuge in safer and more protected areas, like the promontory of Mount Carpinoso. During the first decade of 1800, the napoleonic troops besieged the hamlet and established in the house of the Catalano-Gonzaga dukes. Later, the british navy bombarded the french outpost, hitting the tower of Cirella as well. After this event, the inhabited centre on the mountain was definitively wiped out and the survivors decided to rebuild it on the coast.

The ancient history of Cirella is testified by the many cultural/historical buildings that can be visited: the castle with its tower; the church of San Nicola Magno, built between the fourteenth and the fifteenth century with many frescos that today are preserved in the church of Santa Maria de' Flores, in the modern inhabited center; the church of Annunziata, whose origin is undefined, housed a congregation of men; the Teatro dei Ruderi, a gothic structure built between 1994 and 1997 located between the monastery of the Minimi of San Francesco di Paola (sixteenth century) and the ruins of the medieval Cirella, and hosts shows and concerts.