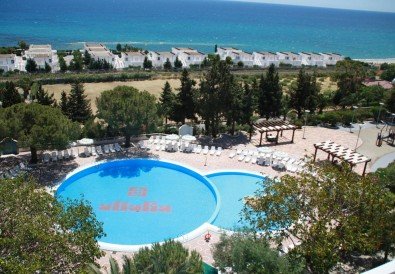 Located directly on the sea and surrounded by rich and luxuriant vegetation, it has rooms furnished with taste and elegance equipped with every comfort. Spread over 2 floors with a lift 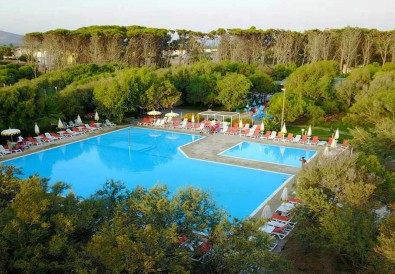 Located on a large tree-lined estate facing the beach. It has 45 accommodations surrounded by greenery in a Mediterranean style. Equipped with kitchenette and dishes, air conditioning and TV.

Reggio Calabria is also known for being the tip of the "Boot", the southernmost city of the Italian Peninsula. Lying on the Strait of Messina in front of Sicily, which due to a rare phenomenon of optical refraction is seen reflected in the waters of the strait, it has always been considered the center of the Mediterranean.
The National Archaeological Museum houses the Riace Bronzes, a pair of life-sized ancient Greek statues. Nearby, the Bergamot Museum showcases the tools used to extract oil from this citrus. To the east, in the mountains, the Aspromonte National Park features beech and pine forests populated by wolves, wild boars and deer.

What to see and what to do in Reggio Calabria

1 National Archaeological Museum of Reggio Calabria, is an Italian state museum. It exhibits one of the most remarkable collections of artifacts from Magna Graecia, in fact it is also called the National Museum of Magna Graecia.
2 Lungomare Falcomatà, magical, romantic, overlooking a unique position in the whole Mediterranean, the Reggio Calabria seafront is the natural extension of the historic center of the city and is the essential stop for the people of Reggio and all lovers of the charm of the sea. Defined as the most beautiful kilometer in Italy (it is actually 1.7 kilometers long), it is one of the focal points of the soul of Reggio.
3 Arena dello Stretto, built where the Porto Salvo Pier once stood, destroyed by the 1908 earthquake, the Arena dello Stretto is a modern theater that is strongly inspired by the ancient Magna Graecia tradition of the arena theater. With a view of the Strait of Messina and the Lungomare Falcomatà, the Arena dello Stretto is home to extremely fascinating summer events and shows.
4 Corso Garibaldi Lunga pedestrian area, parallel to Lungomare Falcomatà, extends for about two kilometers, Corso Garibaldi is elegant, welcoming and full of beautiful shops and restaurants. It is the architectural salon of Reggio Calabria.
5 Works by Rabarama, three large sculptures by the artist Rabarama since 2007 stand out among the magnolias of the most beautiful kilometer in Italy, near Villa Genoese Zerbi. An unmissable attraction for those who arrive in Reggio Calabria and want to have a souvenir of their stay.