The picturesque "Pearl of the Ionian sea"

Things to do in Gallipoli

Gallipoli, known as "the pearl of the Ionian sea", is a municipality in the province of Lecce on the western coast of Salento. Since 2015 it is the "president" of the "historical cities of the Mediterranean sea conference"; in fact it boasts a rich historical heritage: because of its strategic position, it was the main landing for various populations and, during the centuries, it was conquered by the Romans, the Byzantines, the Svevi and the Venetians.

It is divided in two areas: the ancient hamlet and the new city connected by a seventeenth-century bridge. The historical centre is characterized by churches, winding alleys and ancient monuments: the angevin castle, the wonderful cathedral of Sant'Agata, the civic museum, the old noble palaces and the renaissance-age Fontana Greca. Gallipoli is also full of marine areas like Torre del Pizzo, which is surrounded by a wide pinewood and Punta della Suina, with white sandy shores and crystal clear water.

Gallipoli can make any kind of tourist fall in love. Its historical and artistic treasures will fascinate the enthusiasts and its heavenly places will enchant the nature lovers, not to mention its active nightlife with fancy clubs, discotheques, a big water park and important sports facilities that make it the favourite destination of young people. 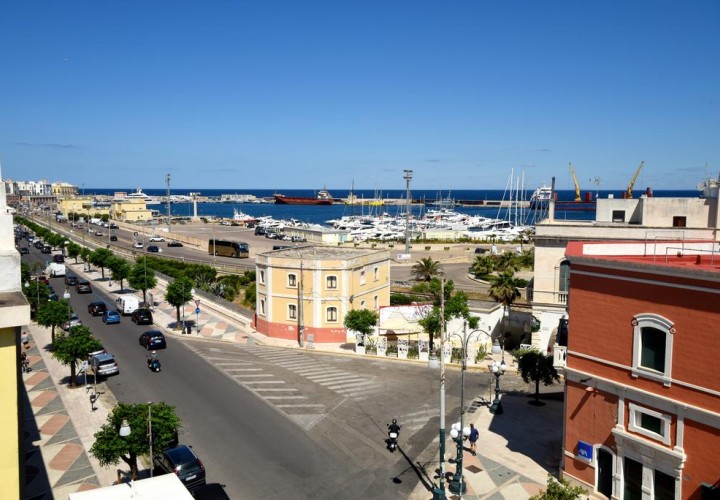 In the heart of Salento, Gallipoli, there is the Residence Palazzo Mongiò with its 12 apartments furnished in a modern way and surrounded by the sea, located on a main road, 200 meters far from the ...