The best offers in Belluno, discover the offers and book your hotel 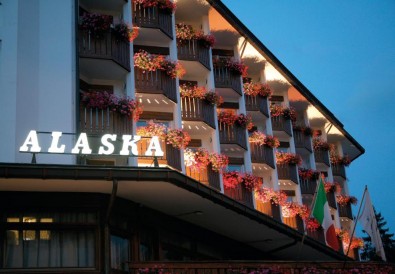 Italian town of 35 537 inhabitants, capital of the province of the same name in Veneto is located at the foot of the Dolomites, in the northern part of Veneto. For the beauty of the landscape that surrounds it, the Celts gave it the term "shining city". The historic center is equally beautiful, rich in artistic and architectural treasures.

1. What to see in Belluno

Belluno is a very elegant city, full of beautiful buildings and historical monuments such as the Palazzo dei Rectors (seat of the Prefecture), the Palazzo Rosso (seat of the Town Hall) and the Civic Tower and Palazzo Crepadona (seat of the civic library) .

1. Cathedral, dedicated to San Martino di Tours, patron saint of the city, was built in the second half of the fifteenth century. It is the most famous church in the city, thanks to the splendid baroque bell tower with its an angel.
2. Ponte della Vittoria, an elegant building built to replace a nineteenth-century bridge
3. Interactive Museum of Migrations, the past is told with the use of modern technologies
4. Piazza dei Martiri, the beating heart of Belluno, where you can stroll under the arcades admiring the shop windows or rest along the benches in the gardens.

3. What to eat in Belluno

4. How to reach Belluno

By plane:
The closest and most convenient airport is Treviso, followed by those of Venice, Bolzano, Verona and Trieste. Belluno has only a small tourist airport

On the train:
The main stations in the Province of Belluno are Feltre, Belluno and Calalzo di Cadore