It is the second westernmost municipality in the Aosta Valley. 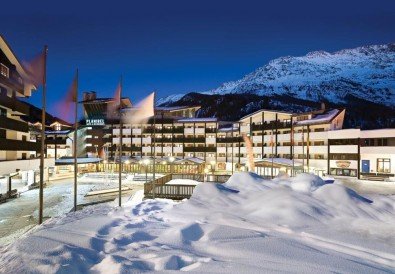 The TH La Thuile complex is close to the cable car departure station and allows you to walk to the ski slopes. Ski room in the hotel, agreements with the ski school and for the rental of sports equipm ... 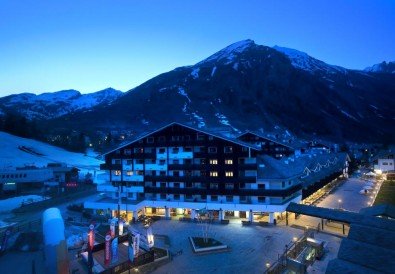 La Thuile is nestled in a vast basin at the confluence of two streams and surrounded by dense forests, dominated by high mountains and extensive glaciers.The position of La Thuile is strategic, because it is located along the international road that connects the Aosta valley. to France.
From the historical point of view La Tuile has been a point of passage since prehistoric times, in Roman times, in the Middle Ages and in the modern era. Of these last testimonies of the past we have the knowledge by visiting the Colle del Piccolo San Bernardo, but also the whole rest of the territory involves visitors because it is full of interest.

What to see and do in La Thuile

1 Colle De Piccolo San Bernardo, the Colle del Piccolo San Bernardo is an alpine pass that connects the valley of La Thuile, in the Aosta Valley, with Haute-Tarantaise, in France.
2 Cascate del Rutor, are located above La Thuile in the Graian Alps. They are among the most spectacular in the Aosta Valley, generated by the stream of the same name, fed by the numerous lakes located at the north-west end of the Rutor glacier.
3 Lakes Di Bella Comba, itinerary that leads to two beautiful lakes deposited in an enchanting valley. In the first part of the excursion you pass by the three Rutor waterfalls while in the final part you proceed in a very green valley.
3 Lago di Pietra Rosasa, is a small emerald gem set in the severe rocky ramparts that divide the valley of Leseney from the wide basin of La Thuile.
4 Chanousia Alpine Botanical Garden, is an Alpine garden in the French department of Savoy, located at 2170 m above sea level on the Piccolo San Bernardo hill, on the border with Italy. It is open to the public from July to September.
5 Maison Musée Berton, recently set up house museum inside a private villa built by the Berton Brothers and donated complete with its priceless collections of Aosta Valley handicrafts (furniture, furnishing objects, sculptures, drawings, prints, books) so that became a museum.