Located by the sea with its characteristic "Fungo", between beauty and flavours 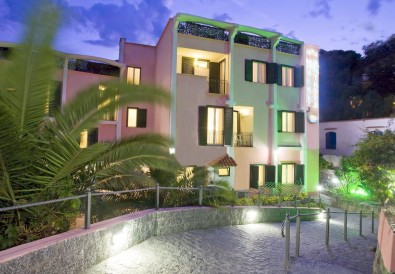 The Hotel Fortuna Beach is located in a privileged position on the characteristic promenade between Lacco Ameno and Casamicciola, a few steps from the center and facing the sea 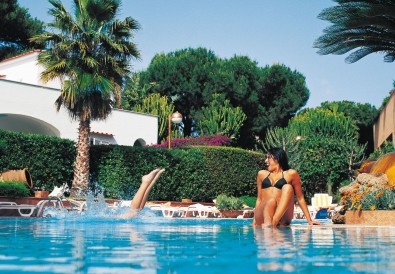 This elegant oasis of relax and thermal baths rises on the main street of Lacco Ameno. Here hospitality is very important, and the classic style of the furnishings allows the guests to spend their ... 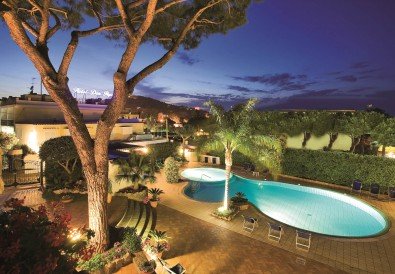 Located in the historical centre a few meters far from the main road of Lacco Ameno, it has 3 thermal pools, one of which is indoors with massaging water jets, sauna, turkish bath and a relax area. 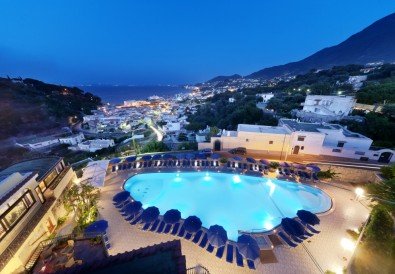 Situated on a promontory with a breathtaking view on the northeastern coast of Ischia. It has a thermal park with 7 thermal pools with hydromassages, two of which are indoors, cervical waterfalls and ... 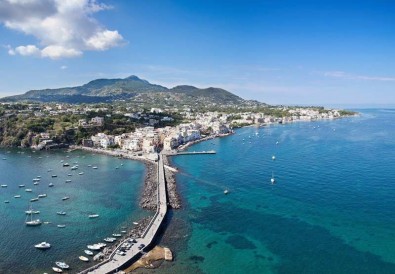 Unbeatable rates for a high-quality product. Discover the best promotions and spend your holiday in one of the four-star hotels selected by Travellero for this perfect formula. 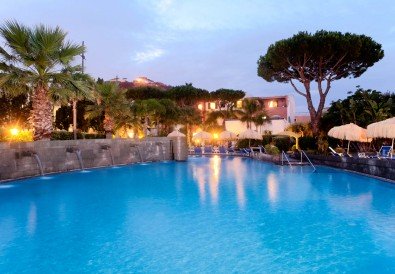 In the central Santa Restituta square, in the heart of the shopping centre, a few steps away from the new tourist harbour of Lacco Ameno. A pearl of Ischia where comfort, relax and wellness meet the ... 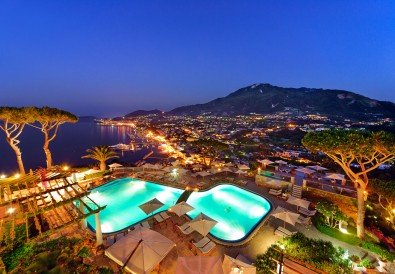 Sun, sea, sunsets and flavours 108 meters on the sea level: this is the perfect combination for a summer holiday on the island, appreciating one of the most evocative landscapes of Ischia. Unmissable ... 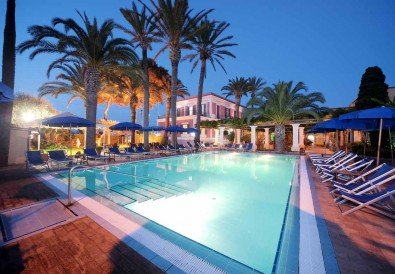 Four-star hotel in the city centre with sea view, in the municipality of Lacco Ameno. It has two thermal pools, one of which is indoors with cervical, dorsal and plantar hydromassages. Inside, there ... 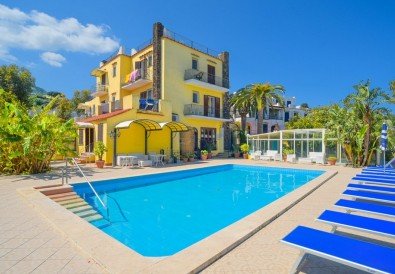 100 meters far from the main road of Lacco Ameno and the attractions of the town, this structure has a modern thermal department associated with the national health service, two pools, a Jacuzzi, a ... 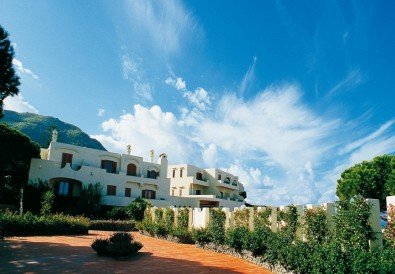 A great mediterranean charme hotel, it looks like a typical villa of the south, located in an exclusive zone of Lacco Ameno, offers unforgettable staying of total relax in a place rich of vegetation ...

Lacco Ameno is one of the six municipalities of the island of Ischia, in the Gulf of Naples. It is located in the northwestern area of the island and extends from the base of Mount Epomeo to the sea. It borders with  Forio d'Ischia (west) and Casamicciola Terme (east), to which it is connected by a beautiful seafront pervaded by the sea breeze.

It was founded in the eighth century B.C. by greek sailors that landed on the island and settled down in the Monte Vico area: the city of Pithecusae, the first colony of "Magna Grecia", was born. Many historical evidences that testify the ancient past of this place are preserved in the Santa Restituta Museum and in the Villa Arbusto Museum: here it is also possible to admire the famous and extremely important "Coppa di Nestore", Nestore's Cup, decorated with the most ancient and well-kept inscription in greek language, the first testimony in the entire Mediterranean sea. During the 1950s, both Lacco Ameno and the island of Ischia became famous thanks to the publisher and cinematographic producer Angelo Rizzoli, who also donated a hospital (the only one on the island).

In proximity of the historical centre there is the wonderful San Montano Bay, with fine sand and crystal-clear shallow waters. The main boulevard of Lacco Ameno fronts onto the sea and from here it is possible to admire the characteristic "Fungo", a tuffaceous rock that rolled down Mount Epomeo in ancient times and was smoothed by the sea until it had the shape of a mushroom.