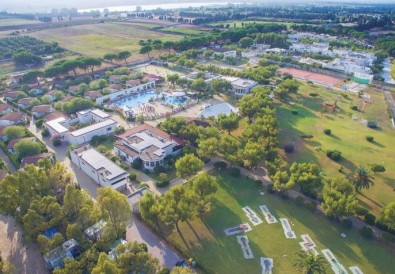 The facility was recently renovated and is situated in a six-hectar park, at a short distance from Otranto, a real gem of Salento, locality full of caribbean-like beaches, history, art and culture. 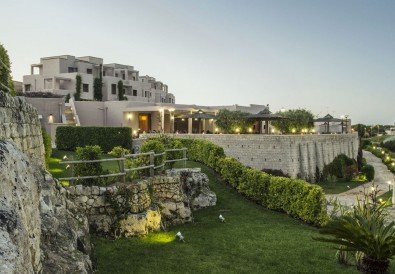 Only a few minutes away from Otranto centre and 40 km far from Lecce, the Basiliani Resort & Spa is the ideal location for those who want to spend a relaxing holiday in close contact with nature. 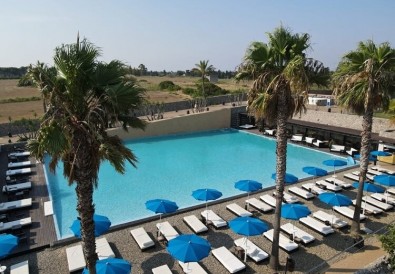 3 km from Otranto, the complex is located in a privileged position near the beach of Baia dei Turchi, one of the rarest and most admired pearls of Salento. The elegant environments with a refined ... 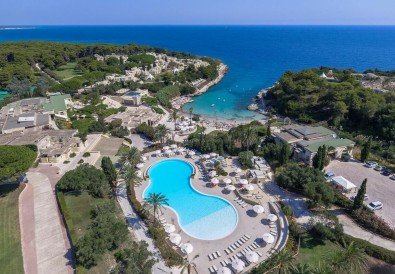 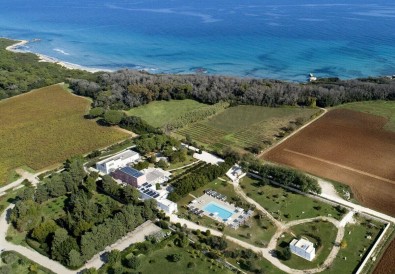 Masseria Mongiò dell'Elefante is located in an area of considerable landscape value, among the most beautiful and evocative of the coast of Otranto, next to the famous "Baia dei Turchi", a bay with ... 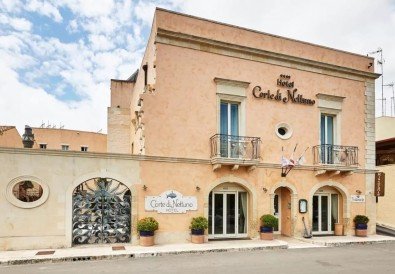 La Corte di Nettuno is a 4-star hotel located in an ancient Salento courtyard, in the heart of Otranto, just 300 meters from the port. It offers its guests the treatment of bed and breakfast or half ...

Things to do in Otranto

Otranto is probably the most suggestive city of Salento thanks to its position between eastern and western Europe and to its numerous historical monuments. Otranto is a hamlet characterized by bright-white houses, a simple but delicious gastronomy and small shops in the alleys where the artisans create unique souvenir out of wood, local stone and ceramic. It is a fortified city whose ancient hamlet is surrounded by defensive walls and the only way in is through the Porta Alfonsina gate.

Otranto has a rich historical, cultural and religious patrimony as the many monuments and attractions testify: the Cathedral of Otranto, the Chapel of Madonna dell'Altomare, the Sanctuary of Santa Maria dei Martiri, the Aragonese Castle and, along the coastline, many defensive towers built to protect the land from the saracenic invasions (Torre dell'Orte, Torre del Serpe, Torre Fiumicelli, Torre Sant'Emiliano and Torre Santo Stefano).

Otranto's beauties are not just its historical and artistic treasures. In the northern area of the coast there are wonderful beach localities: Baia dei Turchi, with its caribbean-like beach and crystal-clear sea; the Alimini lakes, two basins (one with freshwater, the other with salt water) fed by two different springs and surrounded by a flourishing mediterranean scrub. In the southern area there are: Baia di Orte, far from the most populated beaches, characterized by wild and uncontaminated nature; Pordo Badisco, with the Grotta dei Cervi (the Deer Cave). A visit to Santa Cesarea Terme, gem of the adriatic Salento, cannot be missed. It is also famous for being one of the most important italian thermal centres. Otranto is a perfect combination of history, culture, art and nature that is not comparable with other tourist localities.