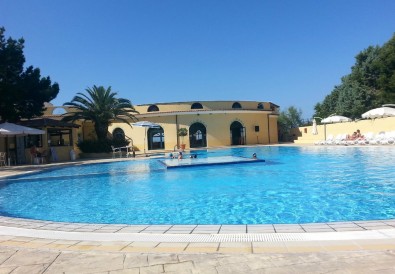 The village is located in a splendid Bay of Briatico, characterized by a crystalline sea and beaches of soft and golden sand, ideal for children. Immersed in a garden of olive and orange groves. 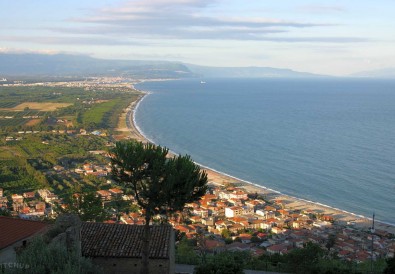 The Sayonara Club Hotel Village is located in Nicotera, surrounded by a beautiful park. The beach is within walking distance is 50 meters from the village. It has an excellent animation service. 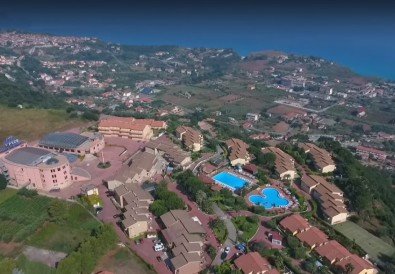 This village has a panoramic view on the wonderful Gulf of Lamezia and the Isole Eolie, 3 km far from the center of Tropea and the railway station and is the ideal destination for couples and families...

The structure surrounded by a beautiful garden of citrus and flowering plants, the perfect environment to relax. You can visit the Aeolian Islands, Pizzo Calabro and the beautiful Tropea. 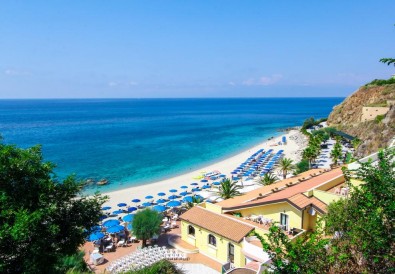 The Residence La Pace stands in a panoramic position on an area of 7 hectares overlooking the Gulf of Lamezia and the Aeolian Islands, consisting of beautiful 2-storey terraced houses.

A few minutes away from Briatico, in one of the most suggestive areas of the calabrian tyrrhenian coast. Its proximity to the city centre, its wide housing units and the many services it offers make ... 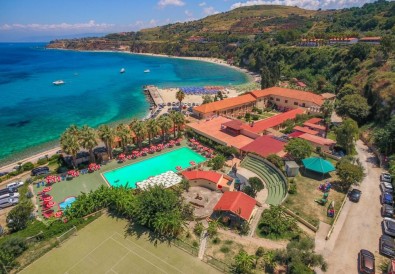 Located in briatico in Calabria directly by the sea on one of the most beautiful beaches of the Costa degli Dei. Great starting point for visiting Tropea at 10 km and Pizzo at 14 km. The Village offer ... 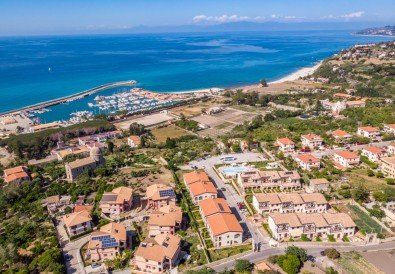 The Cooee Michelizia Resort in the center of Tropea overlooking the enchanting panorama of the port and the coast of Tropea. Swimming pool with solarium and a cozy corner bar. The Hotel has a convenie ... 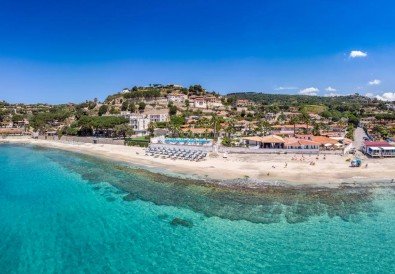 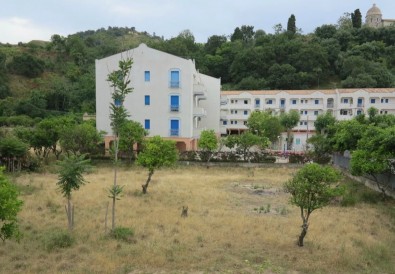 It is the smallest province of Calabria, located between the Gulf of S. Eufemia and the Gulf of Gioia Tauro, the coast of the Gods, a true naturalistic paradise with suggestive coves. Located in the south-western part of Calabria, Vibo Valentia is a beautiful town that became the provincial capital in 1992. The city is located on a fertile plateau north of the Tropea promontory, just 6 km away. from the Tyrrhenian Sea, overlooked by the village of Vibo Valentia Marina. The old town occupies the upper part of the city, at the foot of the castle, while the more modern districts extend in the lower part.

What to do and what to see in Vibo Valentia.

1 Norman Swabian Castle, stands where the Acropolis of Hipponion was located. It dates back to the Swabian period, the castle was later enlarged by Charles of Anjou in 1289 when it assumed an appearance similar to that of today. In the fifteenth century it was strengthened by the Aragonese and finally retouched by the Pignatelli in the sixteenth century, losing its military function and assuming that of a noble residence.
2 Cathedral of Santa Maria Maggiore and San Leoluca, is the main Catholic place of worship in Vibo Valentia, located at 497 meters above sea level. in the homonymous Piazza San Leoluca. Built over the remains of an older basilica damaged by earthquakes, it is decorated with numerous and valuable Baroque stuccoes and preserves important works of art, including the statuary triptych by Antonello Gagini, a Renaissance work.
3 Church of San Michele Arcangelo, a precious example of Renaissance architecture throughout the southern part of the Italian peninsula, which stands out for its elegance and the presence of very delicate ornaments. It was built in 1519 based on the project of a Sienese architect, Baldassarre Peruzzi. Its original design was heavily revised after the earthquake that occurred at the end of the 18th century.
4 Parco delle Rimembranze, is a place from which you can admire a beautiful panorama, rich in history that starts from afar with the remains of the temple of Proserpina, the belvedere from which Garibaldi would have looked out and the cypresses from which the park takes its name, with the plates of the fallen of the First World War.
5 Greek walls of Ancient Hipponion, the Greek walls of Hipponion were equipped with passages, small gates and monumental gates, into which the most significant roads of communication between the urban sector and the extra-urban areas flowed.