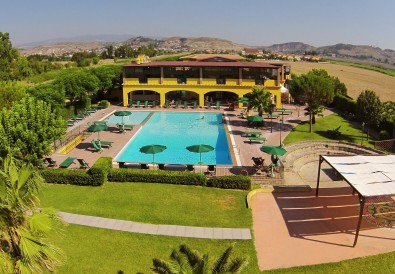 The Marina del Marchese Beach Resort is located in the suggestive scenery of the Ionian coast of Calabria: a land rich in charm, culture and tradition. The Resort overlooks a splendid beach of fine ... 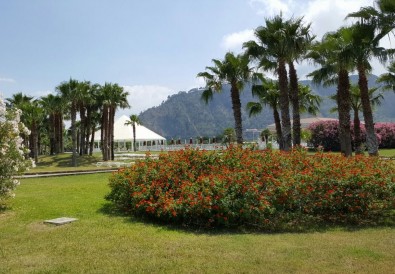 Club Esse Sunbeach located in the Gulf of Squillace, is 300 meters from the beach. It offers its guests the All Inclusive treatment and a free child. Multilingual village, has swimming pools with sun ... 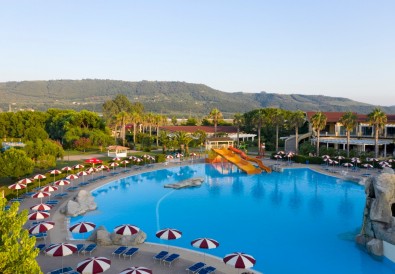 Located a few km from Tropea, this village has direct access to the sea, sports fields, swimming pools with water park and the fantastic entertainment service make your stay in this structure a holida ... 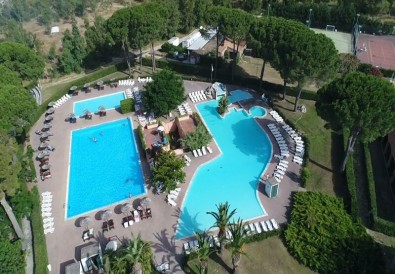 The Santandrea Village, immersed in the nature of the Mediterranean scrub, is the ideal place to spend your holidays by the sea relaxing and at the same time having fun thanks to the entertainment ... 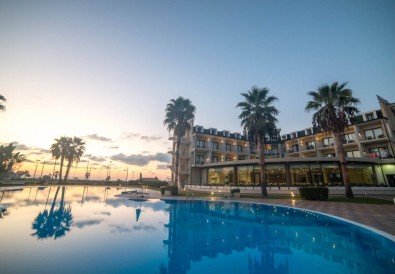 The Temesa Resort offers a perfect view of the Gulf of S. Eufemia, in the Municipality of Nocera Terinese, on the Calabrian Tyrrhenian coast. From its privileged position you can admire suggestive ... 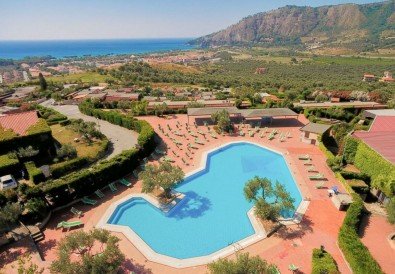 Choose the Porto Rhoca Resort in Squillace in Calabria for your beach holidays. Take a look at our offers, indeed compare them and you will discover all the advantages of living a dream called Calabri ... 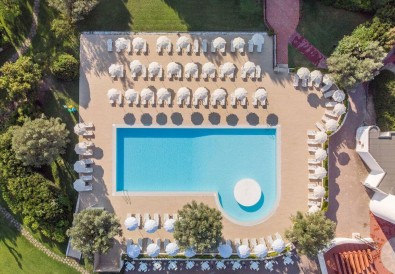 is the capital city of the region. Strategically located in the isthmus of the same name, the narrowest point of the Peninsula, just 35 kilometers from the Ionian to the Tyrrhenian coast, it is an important business, commercial and cultural center of the whole of Calabria, hosting numerous and important administrative offices, such as the seat of the Regional Government. . Catanzaro has been a state university since 1982. His university, called "Magna Graecia", is centered on the main faculties of medicine, pharmacy and law, as well as on numerous and innovative degree courses. The city is equipped with important and modern cultural structures, such as the new Politeama Theater, designed by Paolo Portoghesi; the museum area of ​​the monumental complex of San Giovanni, home to important exhibitions; the outdoor arena "Magna Grecia"; as well as the "Casalinuovo" Auditorium. Overlooking the Ionian Sea, it boasts about 8 kilometers of beach and a fishing port and is adjacent to the Scolacium Archaeological Park. The history of the capital is connected to that of Skilletion. In fact, legend has it that the Magna Graecia city, lying a few hundred meters from the seaside district of Catanzaro, was founded by Ulysses thanks to the unique characteristics of the territory. The Isthmus of Catanzaro was and is the narrowest point in Italy, where the two gulfs, that of S. Eufemia and that of Squillace, are just over 30 km away. So an almost obligatory point of passage along the East - West route. From here, according to various scholars, Ulysses passed, this was the Homeric "Land of the Phaeacians", and in the center of the Isthmus, in the area of ​​ancient Teura, today's Tiriolo, the mythical direction of Alcinoo must have been placed. And so, according to a legend, Ulysses founded the ancient Skilletion (the Roman Scolacium) near today's marina of Catanzaro. The territory of Catanzaro also includes a part of the Sila, an area rich in mushrooms, perhaps the richest in Italy and certainly the only one that offers mushrooms almost all year round.